It's back to school time at Weapons Wednesday!

Summer is almost over, you're back from the base-level humiliations of summer camp, and it's time to load up the Jansport with ragged, out-of-date books on White History and Creationism and get back into the danger zone. This week we provide some old-school classics as well as expose some dangers of the typical American public school experience. It's class for the classless and the metal detectors are broken so it's time to get dirty.

RAZORPENCILSHARPENER. Angela keeps it sharp with a pencil sharpener which shaves off more than the wood on your pencil. When the pencil turns a razor drops from the bottom cutting off the thumb of the unsuspecting student. Not only will they not be filling out the scantron with that pencil they won't be contributing much to society missing an opposable thumb. Not that a public school education would prepare them for contributing much to society anyways. 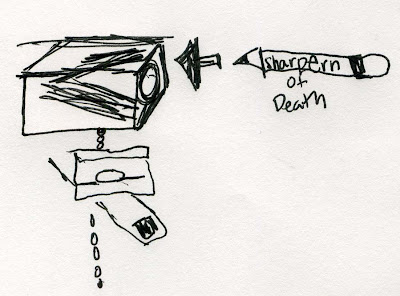 BICPENBOWANDARROW. Much like prison, kids in schools need to be resourceful when making makeshift weapons. All you need is a pen and a rubberband to make this classroom version of the classic projectile firing device. Best of all the teacher won't hear you launch your pen arrow into the back of some front row sitting suck-ups stupid head. Extra points if you fire at the French foreign exchange student. 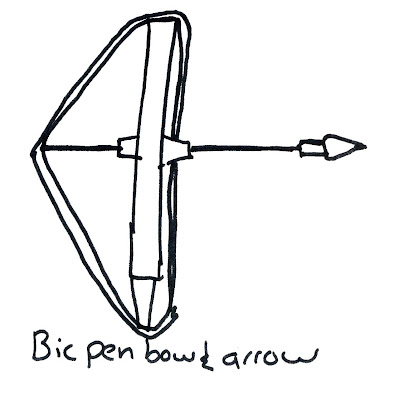 TRAPPERKEEPEROFSOULS. Bound in the skin of the ancient Book of the Dead, the Necronomicon, this trapper keeper will keep more velcroed inside it than your math homework and Lisa Frank stickers sheets, it will also consume your mortal soul. 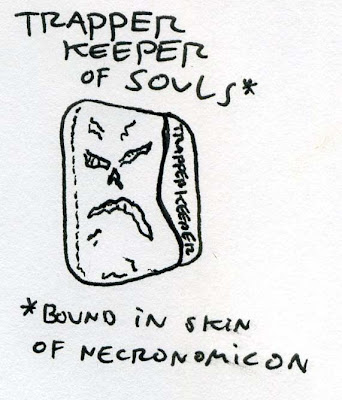 WORDS. What are words worth? Whoever said that shit about "Sticks and stones..." obviously never read a history book because words are the most dangerous weapon of humankind ever. The written word has caused the oppression and subjugation of millions and even re-written history itself. Words cut you like a knife and will leave you crying in the counselor's office like a total...so many words to choose from...sissy.

LEADBASEDSLOPPYJOE. Many a disgusting, sloppy thing has been created and consumed in the school cafeteria. Hannah is like the old Cafeteria lady who has had enough and just wants to see the little bastards suffer. The only thing sloppier than this lead-based paint filled sloppy joe will be the torrential wave of vomiting that will float all the little corpses around the cafeteria floor in a sea of sick. 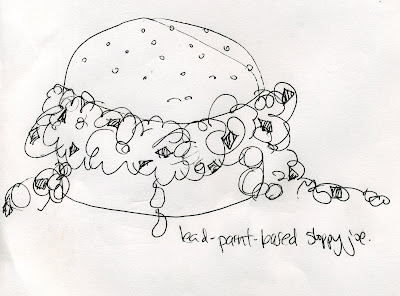 POISONDESK. Dara creates a desk will make you more restless in class than your mis-diagnosed A.D.D. While some underpaid repressed pedo poisons your mind with words your desk will poison your body. By 7th period you'll be more fucked than the blacked-out girl at Junior Prom. 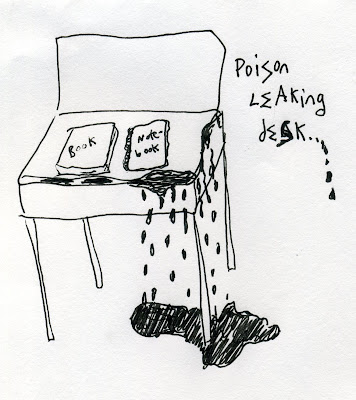 STRANGERDANGER. Every neighborhood school has one. A drifter, a half-retarded manchild, an estranged alcoholic step-dad. The creeper who shows up every P.E. period gripping the chain link fence with his sweaty hands watching the sexy kids run around the track through blood shot eyes and a head full of mania. 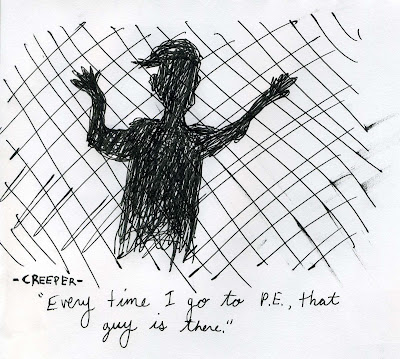 JUNIORGLORYHOLE. Little Timmy is gonna learn early. You stick your willy into a hole and you never know what you're going to get. It's either going to be absolutely great or absolutely terrible, there is no in-between with the glory hole. Just don't open up the stall next to the glory hole, you don't want to see Coach on his knees. 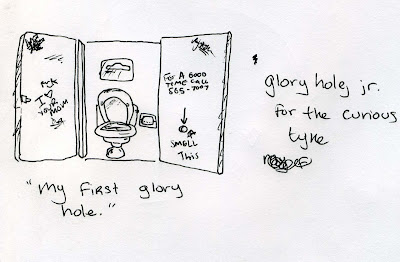 POOSNOWBALL. This weapon needs no real explanation. It's a poo filled snow ball. It's the "big gun" of winter playground warfare. If you get tagged with this bad boy you'd better pray it's dog poo. But chances are it's not, refer to the Stranger Danger entry, it's most likely that guy's. 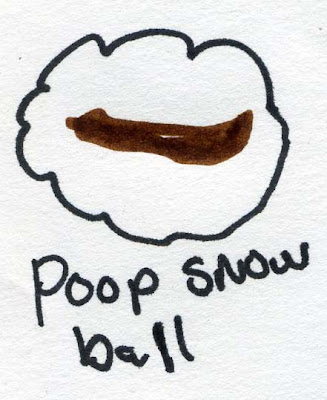 By the time the bell rings the kids will be lucky to be alive.
Posted by TUF E NUF at 8:05 AM