Joubert Duquesne, aka The Black Panther, was a South African soldier turned international spy who, despite being an asshole, is one of history's most bad-ass dudes. The record may not reflect so but the phrase, "you just can't make this shit up", was first used to describe his life. Thoroughly wronged by a man named Lord Kitchener he let his hate guide him through one of the most seriously fucking epic revenge stories of all time. 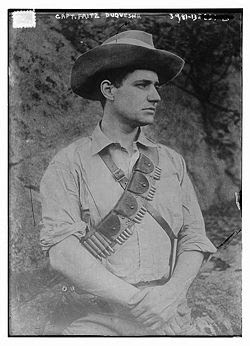 Born to farmers in Cape Colony, 1877, Joubert went to University in London at the age of 17. After the Second Boer war broke out in 1899, Joubert returned to his native South Africa to join the Boer commandos. Injured in battle and captured by the British he was sent to a concentration camp in Portugal. While there he seduced the daughter of a guard who helped him escape to Paris. From France he traveled to England and under a false identity joined the British army and in 1901 got posted to South Africa. During his time in the British army he passed through his childhood home of Nylstroom and saw that his family's farm was scorched to the ground, his sister was murdered, and his mother was sent to a concentration camp. All under the orders of Lord Kitchener. 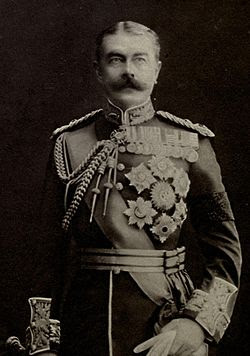 From that point on he would dedicate his whole life to destroying the British at any cost.

As a British officer he returned to Cape Town (where Kitchener was stationed at the time) to enact his revenge, formed a 20 person espionage ring, and began sabotaging military installations. After being betrayed by a cohort's wife he was sentenced to death. The other 20 people in his ring were executed by firing squad but Joubert was given life in prison for giving up secret Boer codes (they were fake). He was sent to another prison only to escape again. At this time, now officially spying for the Germans, he made his way up to Scotland where Lord Kitchener was on his way to negotiate with Russia. By planting time bombs on the the HMS Hampshire, Joubert tastes the fruit of sweet revenge as Kitchener and his entire crew are killed in the explosion. For that he is awarded the Iron Cross. After a short stint in a prison in Bermuda the son of a bitch escapes yet again, this time high-tailing it to NYC where he landed a gig writing for the New York Times as a travel correspondent. There he fakes his death by writing his own obituary in which he is killed by Amazonian natives trying to steal his treasure. Joubert Duquesne disappears.

Resurfacing later he is arrested for another crime and spends two years in prison. In that prison Joubert faked being paralyzed so he can be sent to a low-security section. He maintained this act for two years. HE FAKED BEING PARALYZED FOR TWO FUCKING YEARS before finally getting a chance to escape. Somehow he cut the bars off a window in the hospital ward, jumped to a nearby building, climbed a six-foot wall, a fence with eight-foot iron spikes and fled. He disappears again.

Years later and never one to let bygones be bygones, the super-human Duquesne came out of hiding to cash in on another opportunity to fuck with the British, World War II. Joining the Nazis he formed one of the most infamous spy rings in history, the Duquesne Spy Ring, which went down in the books as the largest espionage ring ever broken up in U.S. history. 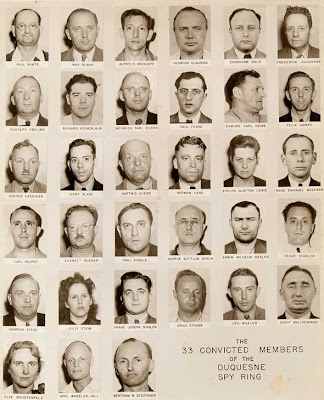 (He's in the upper-right)

During his trial, Duquesne claimed that his actions were aimed at the UK as revenge for the crimes done to his people and his country during the Second Anglo-Boer War.
Posted by TUF E NUF at 2:47 PM