YES VIRGINIA, THERE IS A KRAMPUS 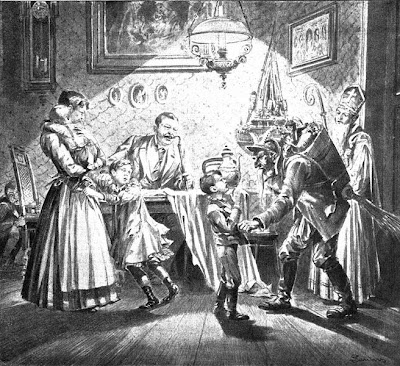 If you grew up in northern Europe you were probably a pretty nice kid. Not because you really wanted to be, or were innately a pleasant little lamb, but because if you were bad Krampus would come hit you with a birch branch, shove you in a bucket, possibly molest you, and carry you off with all the other little baddies. Where to? I don't know. Most likely some level of hell, a mass grave, or where ever GAP sweaters are made. 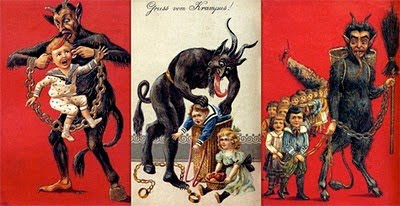 Krampus is Santa's horned sidekick who would dish out the medieval style street justice on those who misbehaved. This good cop/bad cop routine would hit the streets every December and wreak havoc on little towns. 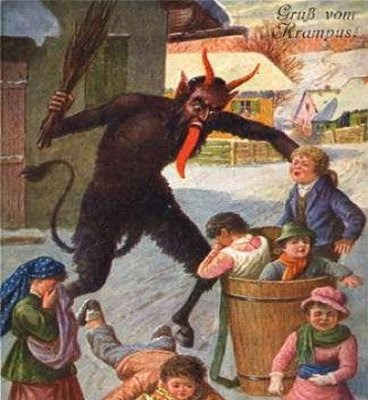 So if you did not heed the ominous warning of "you'd better not cry, you'd better not pout", say your prayers because Santa is coming to town and bringing Krampus with him. 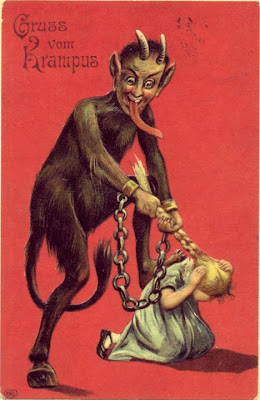 And don't think that just because you're 14 you're too old for Krampus to come crashing through your door in a holiday home invasion. The only differences are there is now a chance of pregnancy and Santa is going to watch. 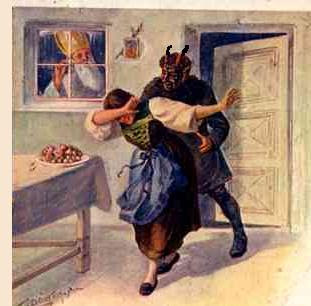 As with most traditions in America, Yule time festivities have been watered down, pacified, re-packaged and sold to the masses as a consumerist feeding frenzy. St. Nicholas is now Santa, a drunk who works for Macy's, Black Peter just doesn't 'read' the same way in the states, and Krampus has been renamed Michael but essentially still acts in the same way. 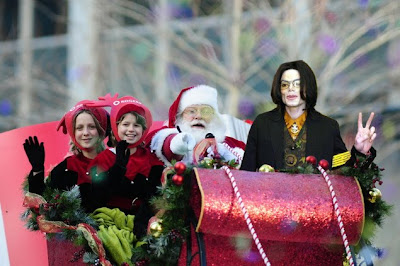