Lt. Col. John Malcolm Thorpe Fleming "Jack" Churchill AKA "Mad Jack" was 100% tough as nails. A true Ambadassador of Badassery whose legacy is a reminder that while I try my best not to get cheetos dust on my xbox controller there are real men in the world storming beaches and cutting the heads off enemies of the free world. Mad Jack was one of those men, despite being British. 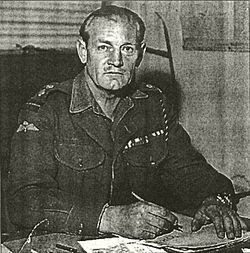 He was an English soldier who fought the entirety of WWII armed with a longbow, arrows, and a claymore. He was quoted as saying, "Any officer who goes into action without his sword is improperly dressed." 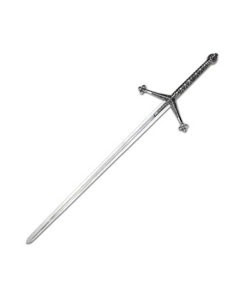 While not too busy being The Highlander he jammed his fist into the cornhole of the enemy more than a few times. Here are some examples.

In May 1940, Churchill and his men ambushed a German patrol in France. Churchill gave the signal to attack by shooting the enemy sergeant with an arrow and killing him. That is some serious LOTR action. He was the only known British soldier to have slain an enemy with a longbow in the course of the war. After that he volunteered for the Commandos, even though he didn't know what that would mean, just because it sounded dangerous.

In Norway, 1941, he led a raid on a German camp. As the doors of the armored vehicle opened, Churchill jumped out playing The March of the Cameron Men on bagpipes, threw a grenade, and began running towards the enemy lines. For that display of juevos mas grande he was given the Military Cross and Bar.

1944, Yugoslavia. Jack threw together a makeshift army of 1,500 Frenchmen and 40 commandos for another attack on the German offensive. Predictably, the French decided not to leave the bunker. Undeterred, Jack and his 40 commandos soldiered on only to be met with a barrage of German cannon fire. A mortar shell killed or wounded everyone but Churchill, who was playing "Will Ye No Come Back Again?" on his pipes as the Germans advanced. He was knocked unconscious by grenades, captured and sent to a concentration camp. One fine morning in that camp our man drank a heaping cup of "fuck this" and crawled under the barbed wire fence and through an abandoned drain to make his escape. After walking 150 miles to Verona, Italy he met an American regiment and joined the ranks.

Soon the bomb was dropped in Hiroshima and the war abruptly ended. This made everyone happy except the nazis, the Japanese, and good ol' Jack Churchill who commented, "If it wasn't for those damn Yanks, we could have kept the war going another 10 years!"

There has got to be some scientific study about the correlation between being bat shit insane and having gigantic balls. This guy would be exhibit A in that study.

Here's a picture of him storming a beach- 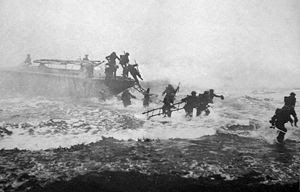 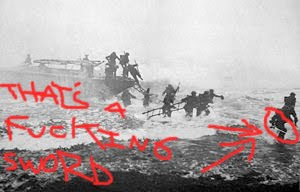 I can barely ask a girl for her phone number let alone play the bagpipes in the face of death. Lt. Col. John Malcolm Thorpe Fleming "Jack" Churchill has done both. Maybe when WWIII roles around I will man enough to break out the broadsword and storm Pakistan while playing The Final Countdown on my keytar. I can dream at least.
Posted by TUF E NUF at 9:00 AM