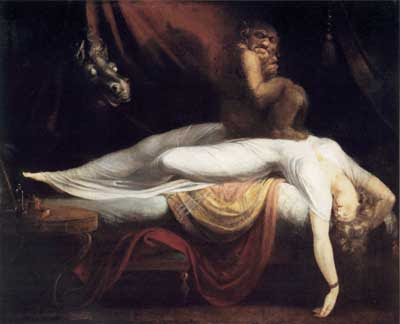 When I was 12 I would skate (or "thrash" if you will) down to a video store (remember those?) called Video U.S.A. In the back of the store, above the "cult" section, hung a poster for a Ken Russell film called Gothic. 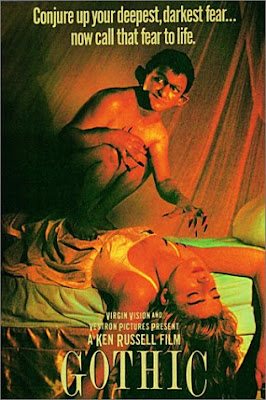 This poster was terrifying to me (look at that fucking troll guy). Because of that terror and a weird thing for Natasha Richardson I became determined to see the film.

I had to wait for the one guy that worked at the store with no moral compass to rent this to me. It was worth it. It's a sexy romp into opulent gothic madness. It's even scored by the blind scientist Thomas Dolby. Not only was it an awesome time in a dark room but got me curious about Ken Russell as a director and interested in the work of the German artist Henry Fuseli. The Nightmare is somewhat a mystery and it's meanings are argued among those who bother arguing about things. Most likely it's inspired by the Germanic folklore associated with dreams. Tales of witches and demons that fucked with you in your sleep, ghost horses or hags that would visit with men and women that would engage in sex with the devil. All really awesome gothic spooky shit. This painting ended up being so popular that he created a two different versions of it. 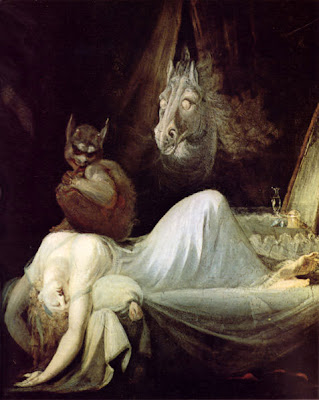 A poem by Erasmus Darwin inspired by the piece-

"So on his Nightmare through the evening fog
Flits the squab Fiend o'er fen, and lake, and bog;
Seeks some love-wilder'd maid with sleep oppress'd,
Alights, and grinning sits upon her breast."
Some more Fuseli gothic romanticism- 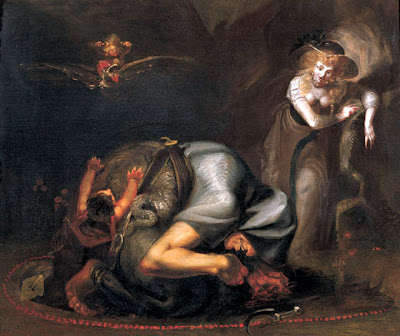 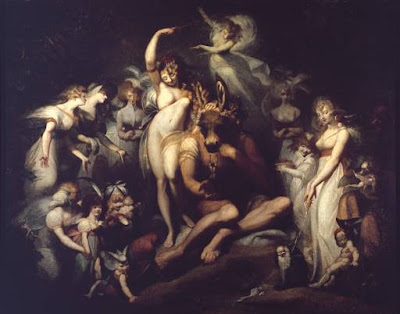 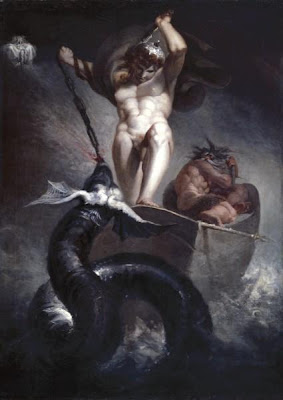