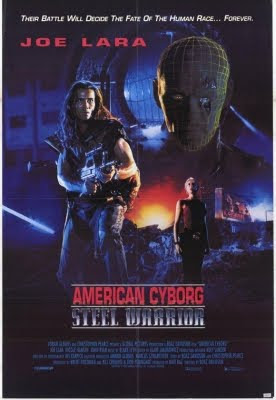 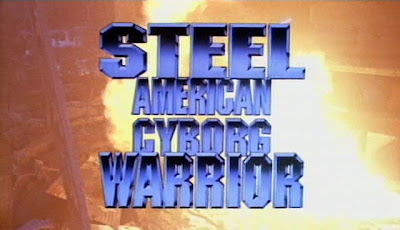 Nuclear war has rendered the earth a wasteland and all it's inhabitants sterile. A computer system we "imbued with an artificial intelligence" forces what's left of humanity to live in a sleaze filled trash heap vaguely resembling a city, kind of like Reno. Cybernetic Organisms (which is science talk for Cyborgs) enforce the computer systems Draconian law. Their uniforms are leather jump suits, steely looks, and mustaches. They come equipped with machine guns, needle fingers, and robot vision. 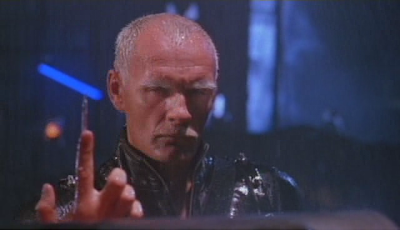 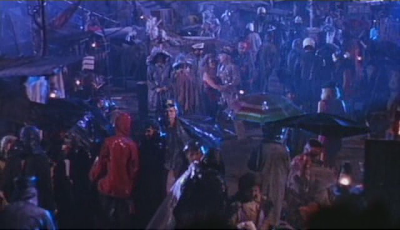 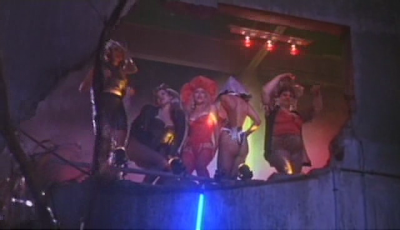 Underneath the city a rebel force in a science lab is planning mankind's only hope for survival. Some kind of European fetus boat smuggling plot. Sounds sketchy but they have a secret weapon, a babe with a working vagina. It's a start anyways. 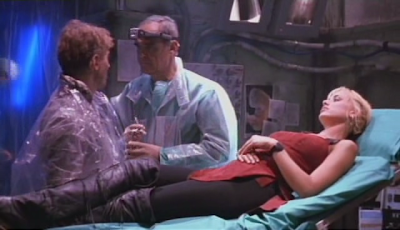 I'm a little confused on why the fetus is chillaxin' in a tube though and not in her tummy. 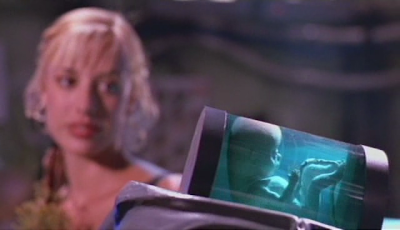 Whatever, her name is Mary and whenever the convo gets heavy about the fetus the soundtrack composer presses the "angelic choir" preset on his casio so maybe she's a virgin and this is all some kind of Cristian allegory, I don't know, but she's a fox and has got a working vag so who cares.

The plan is set, they have exactly 36 hours to get the tube baby to a boat set for Europe where the "European artificial womb" awaits, but just as they are geared to leave the computer system oppressor hacks their shit and the enforcer shows up and starts icing fools. 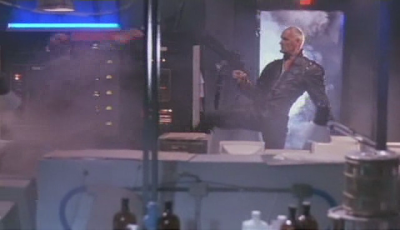 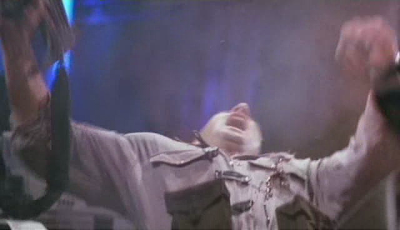 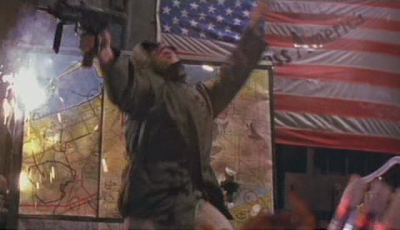 The mustached killing machine takes out everyone except Mary and a lesbian who make a hasty escape. 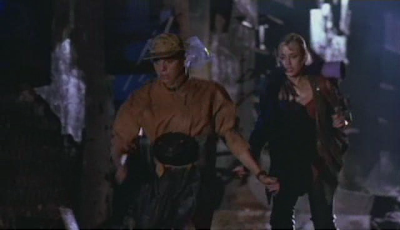 The enforcer gives chase and quickly slays the lesbian using his robot vision as she attempts to climb a fence. 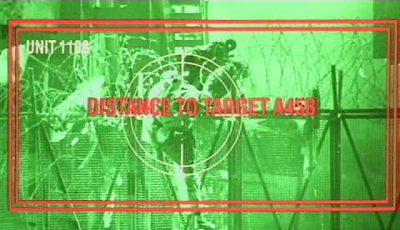 Her corpse is immediately looted. 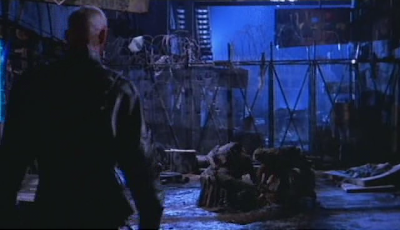 Now Mary is all alone to face the post-apocalyptic dangers of the future wasteland.

The old adage goes "It's darkest before the light and that's about when a capable man comes along to save you" and even though the outlook is bleak soon a Christ-like rogue hero appears, named Austin and incredibly back-lit, to protect Mary on her journey. 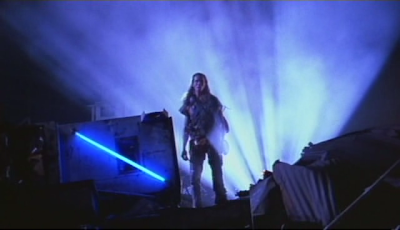 His rugged good looks, fantastic hair, and resemblance to Lorenzo Lamas (without the salary requirements) make him the ideal man for the perilous journey. Mary tells him some lies (typical) and convinces him to accompany her. 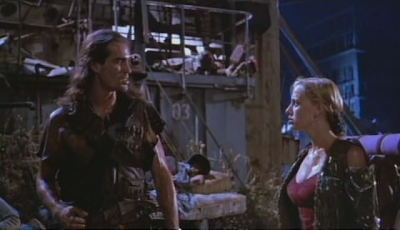 Thus the stage is set for high adventure. Mary and Austin go forth through the wastes on a quest to save all of mankind. The road ahead will be riddled with all sorts of dangers.

Dangers including, but not limited to- 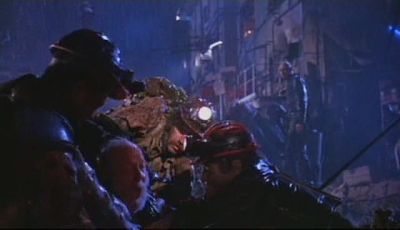 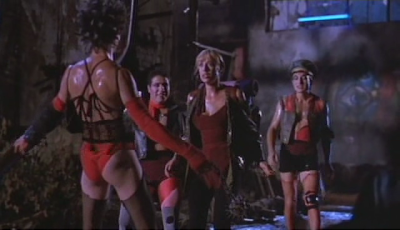 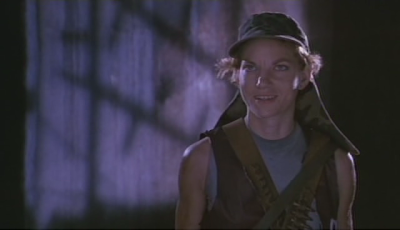 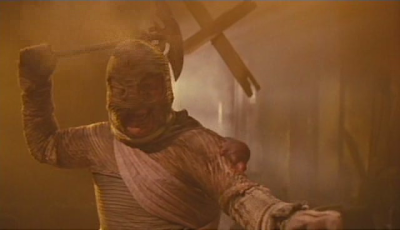 and the relentless murder factory known simply as "The Enforcer" 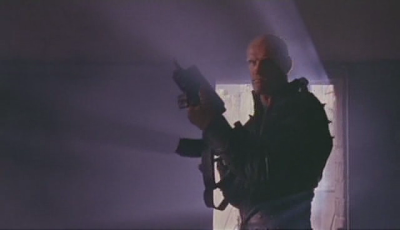 If you like movies like Van-Damme's Cyborg, smoking drugs, drinking alone, and Showtime at around 3:00am on a Tuesday then this one's for you. Available for download at the bastard prince of torrent sites, Cinemageddon.