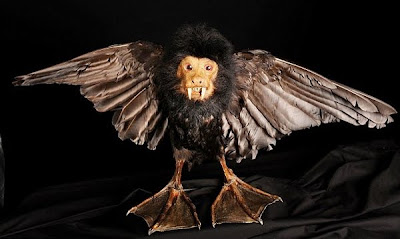 From the people that put cocaine in children's medicine and "above the knee" was the equivalent to "full vag" comes some fantastical taxidermy! All that wonderful repression had to manifest itself somewhere and what better place than in the corpses of animals? People of the Victorian period loved to be shocked and dazzled by freaks and oddities, believe anything they heard, and listen to adventurous tales of faraway lands where savages (read: ethnic people) would throw monocled British explorers into boiling cannibal pots. The need for creating fictional beasties was obvious, so that dudes with names like Archibald and Garfield could frighten their way into a lovely lady's pantaloons. Man's quest for poon has rarely yielded such delightful fruits. 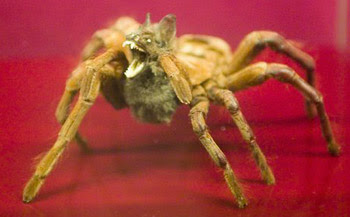 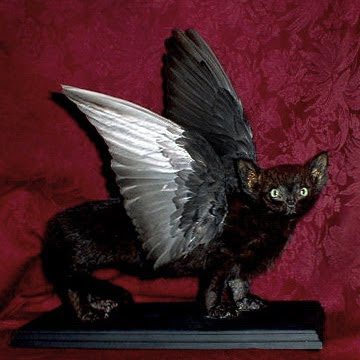 This is the infamous "Fiji (feejee) Mermaid", which traveled around with P.T. Barnum's freakshow. Touted as corpses of real mermaids it was later discovered that they were simply fish and monkey parts sewn together. The lack of a cute face and seashell bikini should have been a dead giveaway that these were fake. Dummies. 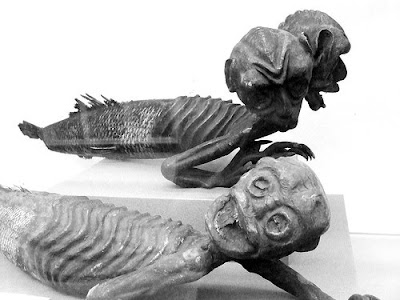 The Victorians also had a sense of humor as well as a love for pugilism. 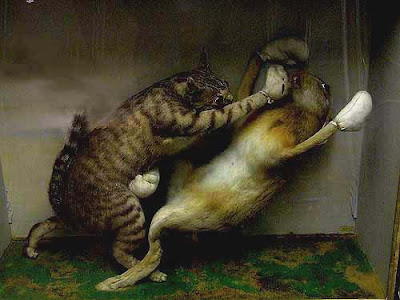 One day I will acquire a large estate in the English countryside where I will dedicate a wing to a large collection of shit like this. It will be a lonely existence but I'll make up for the lack of friends by drinking massive amounts of brandy, being red in the face, chortling, addressing everyone as "my good boy/man", and shooting an elephant gun at the help. Good day, sir.
Posted by TUF E NUF at 12:30 PM