When America falls the weapons of Weapons Wednesday will circulate in the black market for years after, much in the way we see weapons from the Cold War era wreaking havoc and destruction in places like Bosnia and Somalia. While there exists a deep evil in man to subjugate other men we will be here, making these devices of doom, aiding the strong in the never-ending cycle of Darwinian violence. Time to pick a side.

SHIVRADIO. Two of your biggest problems is prison are murder and boredom. This weapon solves them both. Listen to the game or your favorite AM radio fucktard while shanking an AVer after luring him to the shower with the promise of an HJ. Make sure to turn the radio off when putting it up your butt during cell searches, you'll have a really hard time trying to mouth the voices on the radio when the guards get suspicious. 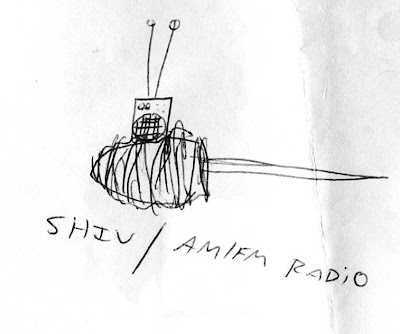 BRASSKNUCKLEMITTENS. When you're out ice fishing with your buds things can get a little weird. You might even start leaving letters off of words, like the letter "K" for example. Maybe someone had too much to drink, maybe prolonged exposure to freezing temperatures has caused violent delusion, maybe the other workers at the base have been exposed to an alien virus and you are Kurt Russell. Whatever the case you can knock them senseless while keeping your hands warm and cozy. 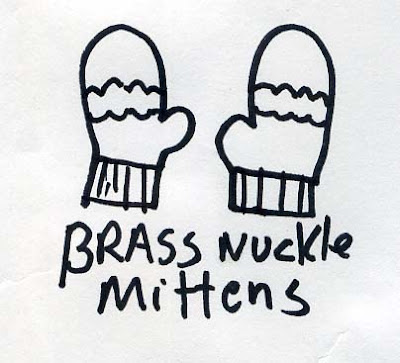 JOHNSBUTT. A cruel cross between chemical and psychological warfare. The sight of the ass causes terror, the poisonous ass gas causes death. John's stomach is a volatile cesspool of fast food and alcohol. The noxious substance churns away in the acid pit of years of decisions and when released can render entire eco-systems uninhabitable for decades. 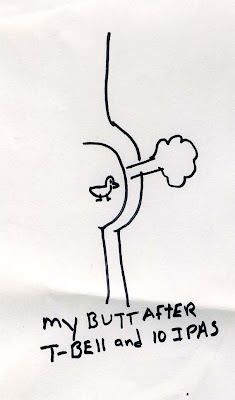