Is it socially irresponsible for us to post different deadly weapons every week? Maybe. It is not for us to say what you do with this information. Just don't try and drag us into court when they catch you. If you get caught you are doing it wrong.

DEATHCHAIR. Troy is a web designer, which is probably obvious enough by his disdain for pens and pencils as evident below. Being in such an industry he has an intimate relationship with chairs because he sits in one all day and like any relationship things can go south and result in the death of one or more people. His Deathtrend chair is a violent marriage between trendy modern (read:uncomfortable) furniture design and covert weaponry. Invite your best frienemy over and invite them to have a seat, in hell. Or just sit in it and never get up, resulting in the world's record for longest (and most boring) suicide. 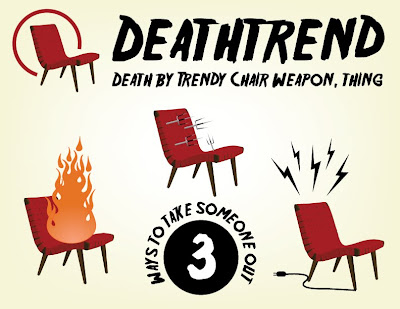 ROLLERBLADES. No longer just a tool for social suicide! Now you can cruise down Venice beach in your Gotcha tank top while you bleed to death. On the way you can walk down in your flip flops and get your feet nice and flat for the blades. Maybe you saw the movie Airborne when you were a kid and have actually convinced yourself that rolling around on wheel shoes will score you some babeage. Maybe you're just retarded. Either way, l8r sk8r. 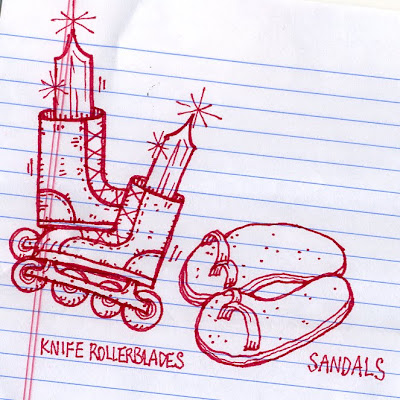 ANTHRAXSALT. Ever since 9/11 (haven't forgotten), it's been getting harder and harder to deliver anthrax to people. Sending it in an unmarked envelope just doesn't cut it anymore. Sarah has come up with a solution that should help you get your message across to that stupid liberal senator that's ruining GOD'S AMERICA. It's like that old summer camp trick where you loosen the top of the salt shaker so when your target tries to use it salt falls all over the table and ruins their lunch. But this time your target uses it and it's their face that falls on the table effectively ruining all their future lunches. 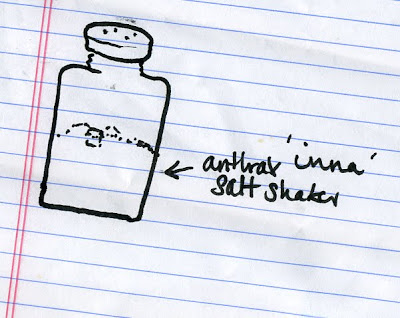 THEINTERNET. One of mankind's crowning achievements and perhaps the most dangerous weapons ever conceived. All the information of all the history of all the world accessible to all. A tool so powerful it turns most people against themselves and proves once and for all that we are all our own worst enemies. Like Gollum in a dank cave you sit in a dark room with your sweaty face dimly lit by the glow of the computer screen. Mountain Dew becomes your sustenance as you watch Japanese people do things to each other you have never dreamed of. Soon social networking sites take the place of your real life social network, you troll Ebay for things you "need", you start a blog about weapons, none of your shirts fit you anymore so you abandon clothing altogether, the doorbell rings and you feel a twitching anxiety, you make a hat out of tinfoil to keep government satellites from reading your thoughts. After the great Internet Wars of 2036 the world will fall into a second Dark Age. During this time chaos will reign and darkness will wash over the world like a sea that knows no shore. Yet, in a small village nestled in a forest hope is alive and after an epic journey a midget will drop the Internet into a volcano and save the world. 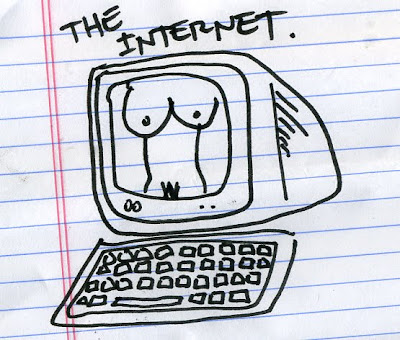