You are either with us or against us. Unless you want to pull the chord on your genetic line in an act of mercy upon the world you are going to want to sign up with TUF E NUF. 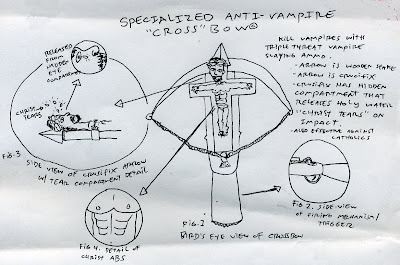 NINJASTARBELTBUCKLE. Truly become a victim of fashion with this designer accessory. It cuts the shit out of your stomach and groin every time you sit down but you refuse to take it off because it was so damn expensive and someone once said it looked nice. A seriously wicked gift to give to your best frienemy as it will make their life a living hell until they day they drop dead from wound infection and blood loss. Essentially the male equivalent of the high-heel. 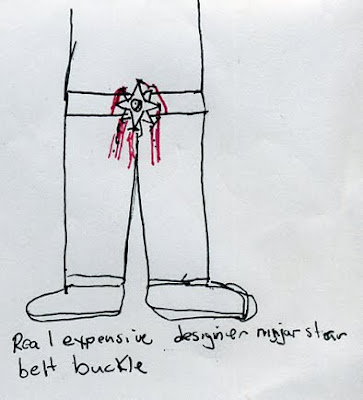 J-WOWWHAIRBOMB. Angela's weapon addresses a plague upon our modern society. The Guido infestation is slowly moving west. Before we know it they will have taken over our gyms and laundromats pumping their fists and bench pressing people. As their strength and numbers grow it will become necessary to take on more guerilla tactics. Much like the "bomb in the baby carriage", the J-WOWWHAIRBOMB strikes at their weaknesses. After a night of shirtless grinding to house music the Guido makes their move to slither between the neon orange legs of the Guidette. Little will they know that the blacked-out Sicilian strumpet will have had an IUD of sorts placed in her huge Jersey hair. Let's not let them get to Season Three. "One shot, bro!" 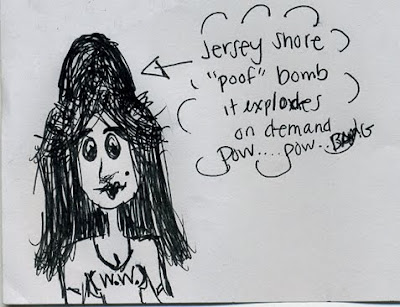 CHEAPSOAP. Dara just might have discovered yet another devious plot oppress the poor. In the secret lodges of the Freemasons and Illuminati decisions are made to establish the New World Order. Decisions that forward their agenda of economic darwinism and classism like pushing lead based toys and eye burning soaps onto the shelves of Walmarts everywhere so the only products the poor can afford slowly poison their impoverished bloodlines. 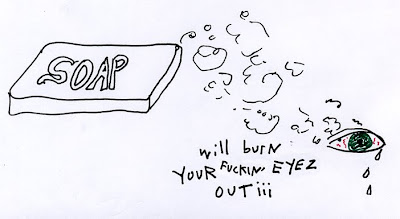 RUBIXCUBE. Nothing kills the party faster than a Rubik's Cube. Probably calling upon a traumatic memory, Anna brings us the tool of tools, the cube that makes mouth-breathing dorito suckers and Korean teens alike feel like they're gifted and want to show it off in front of everyone. With a punctuated record scratch your party will come to a screeching halt and all of your popular, attractive guests will run for the door leaving you alone with the dorklord responsible. Then you can either ask him to be your dungeon master or just kill yourself. Chances are you won't see the morning. 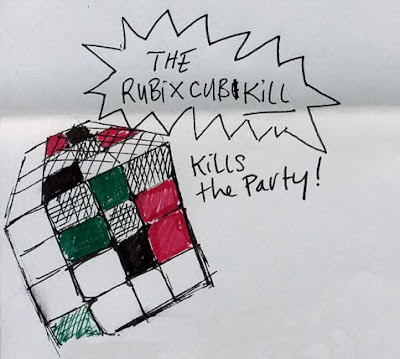