JUGGALOCANNON. Remember reading about how the Mongols invented biological warfare by catapulting plague ridden corpses over the walls of castles and fortresses under siege? Well, it worked out pretty well (for the Mongols) and was soon adopted by peeps all over Europe. The Insane Clown Posse is the bubonic plague of our time. So whether or not you're laying siege or just simply trying to rid your backyard of a juggalo squatting problem this cannon is your answer. The cannon is powered by the highly volatile ICP soda known as "faygo". The lard-fat of the juggalo (or juggalette, the weapon is uni-sex) causes the compression needed when stuffed into the barrel. Simply shake a two liter of Faygo and add to the firing chamber. Instead of a gunpowder like BOOM this canon bellows a more menacing juggalo FART. 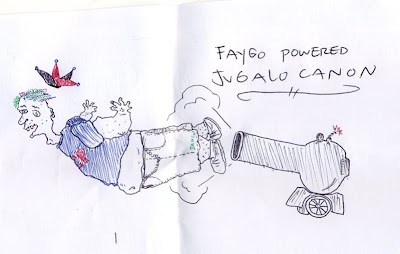 MURDEROUSBRACES. Sarah brings an adolescent classic to the fold with her violent make-out attack strategy. Perhaps even more horrible than having your face shredded by the mess of metal is the psychological terror of the slow approach of the sniffling, zit-faced teen that is attempting to suck your face at Junior Prom. 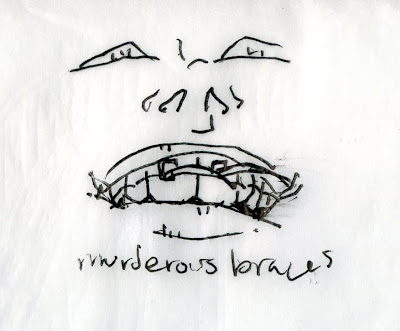 DREADREMOVER. Some people shouldn't have dreadlocks, like white people for example. This is a sure fire method of removing those dreads, as well as the fake rasta head they're attached to. "Out in da streets dey call it MURDA!" 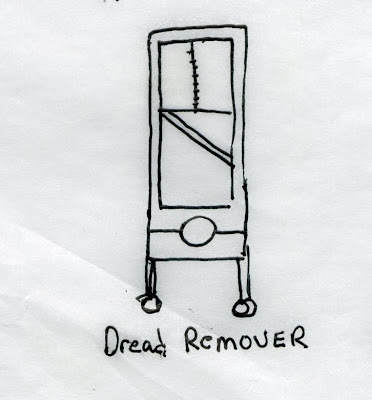 BUTTERFLYKNIFE and BEESHOOTINGFLUTE. Now you too can be like Muhammad Ali even though you can't punch for shit. 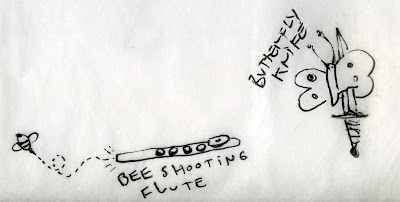